Natalie Meg Evans is the best-selling author of eight novels:

The Dress Thief, The Milliner’s Secret, Summer in the Vineyards, The Wardrobe Mistress, The Secret Vow,  The Paris Girl with themes of wartime, high fashion, love and loss

Most recent releases are Into the Burning Dawn and The Italian Girl’s Secret, two heart-wrenching, high stakes novels set in wartime Italy 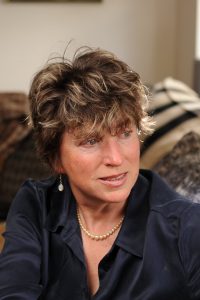 Always an avid reader of history – for her sixth birthday she got a toy Arthurian castle with plastic knights – Natalie views historical fiction as the perfect theatre for the imagination. All her novels meld reality with human passion, and delve behind the scenes of a prestige industry: high fashion, millinery, wine making. Rich arenas for love and conflict!

Brought up in the UK, and presently living in rural Suffolk where she writes full time, Natalie was born in Zimbabwe, then Southern Rhodesia, to a mechanic father and a teacher mother. Her mother’s love of all things French made a deep impression, as did a spell in Paris when she was fourteen. Her first two books are set in that city and A Gown of Thorns is set in Southwest France. For The Wardrobe Mistress (out 2017), a story of love and betrayal in post-war theatre, she returns to London where she lived during the 1980s.

After London, it was back to Paris in the early jazz age, for The Secret Vow and The Paris Girl. These are the stories of two aristocratic Russian sisters forced by revolution and the threat of harm to find refuge in the City of Light, where by sheer grit and determination they build a fashion dynasty. Katya and Tatiana Vytenis are strong women who put family first, and find love and fulfilment in the storm of post-World War 1 Europe.

Natalie has a son and two rescue dogs, a labrador and a malinois. 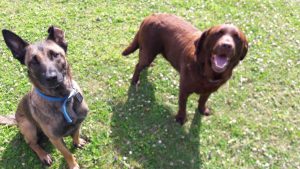 She lives in a small, sociable village where, occasionally, time seems to stand still. Time off is spent walking the lanes, watching the wildlife and changing seasons, singing in local churches and cooking. She is currently re-learning the guitar.

Natalie Meg Evans is a USA Today bestseller and Romance Writers of America RITA® nominee. She has won the Festival of Romance’s Historical Novel Award, the Harry Bowling Prize, placed third for the RWA’s Golden Pen award, and has been nominated for the coveted Daphne du Maurier award. The Dress Thief won the LoveStories Readers’ award for the best historical, and the Greek Public Book award for the best foreign novel. She was also a finalist for a Romance Writers of America Golden Heart®.

A novel from Natalie Meg Evans is an epic journey, built around a strong female character locked in a struggle for independence and to realise her creative dreams. Where do these stories come from?

Perhaps from a pivotal event just days after her sixth birthday when her dad died in a car accident. It not only robbed Natalie of a beloved friend but engulfed her family. Her mother, traumatised by shock, nevertheless became the rock-like personality that inspires the characters of Natalie’s heroines. Financial trauma and schoolyard bullying dominated Natalie’s childhood, and as children do, she found security in reading and in the recesses of her imagination. She wrote her first book in the aftermath of her dad’s passing, tellingly about a robin who left his wife and fledglings in the nest to find food and never returned. It still makes her sister cry! Her adult stories are far more upbeat (and multi-layered!) but nevertheless, deal with the triumph of the spirit over adversity.